In this podcast, Dave Denniston talks about a crazy, insane story of a physician who got hit with an unexpected six figure bill!

The Freedom Formula for Physicians

Picture this, imagine this.

You just started a new position. You are so excited! You HATED the last job with a passion. You couldn’t wait to leave.

You’re whistling and humming. You are so happy! You go to check the mailbox — see a letter addressed to you. You open it up.

Your jaw hits the floor. Your old employer canceled your malpractice policy and stuck you with the bill to cover your tail coverage.

One of the biggest financial pitfalls that physicians can get trapped into as they are transitioning into practice or changing jobs can be malpractice insurance.

In a recent podcast with Contract Diagnostics’ founder Jon Appino, he revealed the biggest financial pitfalls that he’s seen. 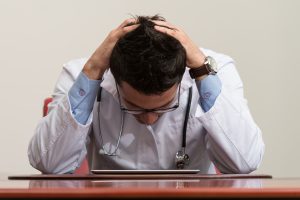 Jon said, “The biggest financial pitfall I think in general is not being financially savvy. It’s not knowing… It’s not having a plan … with their financial windfall as far as monthly paychecks and bonuses. Do you pay off debt? Do you buy a new house? Buy a new car? I think… doctors don’t have a good idea to plan as far as how to move this process forward as they are now an attending [with] a much more healthy salary… For me, [from a] contract perspective it’s the same thing.”

Jon also revealed a horror story that they tried to fix.

He said, “How do you make sure that the money that’s coming in is the money that you’ve earned? How do you know that no matter when the contract ends or is terminated that you’re going to receive that money?”

“We have a physician who was a two-year OB doctor in the DC area and was transitioning down to Miami near South Beach and they had a tail out of their policy in DC.”

“They didn’t offer a policy in Miami because they didn’t carry malpractice insurance out there for a variety of reasons. So she had to tail out of their tail. She was two years out of training. An OB in DC makes ‘ok money’, but not tremendous money to put a ton of money in the bank every month. Her tail insurance that she had to pay was $184,000.”

Here she is two years out of training. You can imagine that she still has student loans. She is still working her ways towards saving for her first home, starting to save for retirement.

Jon continued, “You can’t finance tail insurance, right? There’s no way to take it back. They can’t take it back if you don’t make your payment.”

“You look at this and you say, ‘Okay maybe if I’ve been financially astute, maybe invest a little bit. Put some money in the bank and then maybe have $30,000 liquid, maybe $40,000 liquid’. [Then] you get a bill for $180,000. And that obviously dramatically changes the trajectory of your financial future and the physician didn’t even have a plea until they involved us with what their obligations were.”

What was the solution with this gal?

When she got this big bill, did the employer end up making up for some of that because they didn’t have malpractice?

Did they just try to deal with the previous employer or the insurance company?

What was the solution on that story? 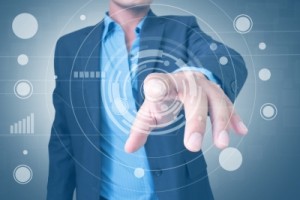 Jon said “I think if she would have involved us two years prior [it would have helped]. I don’t know if we would be able to make the situation go away.

“I think we would be able to make that much more palatable. I think we probably could have saved her at least $50,000 or $100,000 if she would have got us involved right away.”

“Although, having involved us in the back end was better than too late. We were actually involved with the malpractice broker that we consult with. We shopped the tail. We were able to do a negotiation of her way out.

“She would be able to financially plan for this event and she wouldn’t have been blindsided on a Friday afternoon.”

It can be so easy to forget the details like contracts or tail coverage or financial planning.

The huge lesson from this story: If you are considering changing employers, make sure to understand malpractice coverage and what would happen if you left your employer. You don’t want to get hit with a six-figure bill!

Make sure you are working with professionals who can help guide you through this maze so that you don’t become the next horror story.

Dave Denniston, Chartered Financial Analyst (CFA), is an author and authority for physicians providing a voice and an advocate for all of the financial issues that doctors deal with. He is the author of 5 Steps to Get out of Debt for Physicians, The Insurance Guide for Doctors, The Tax Reduction Prescription, and his new book, The Freedom Formula for Physicians. 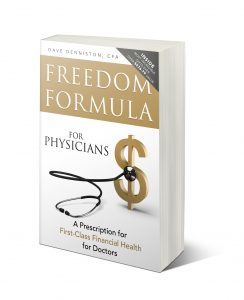 He’s glad to answer any questions about insurance policies or other financial matters. You can contact him at (800) 548-1820, at dave@daviddenniston.com, or visit his website at http://www.DoctorFreedomBook.com to get a copy of The Freedom Formula for Physicians.